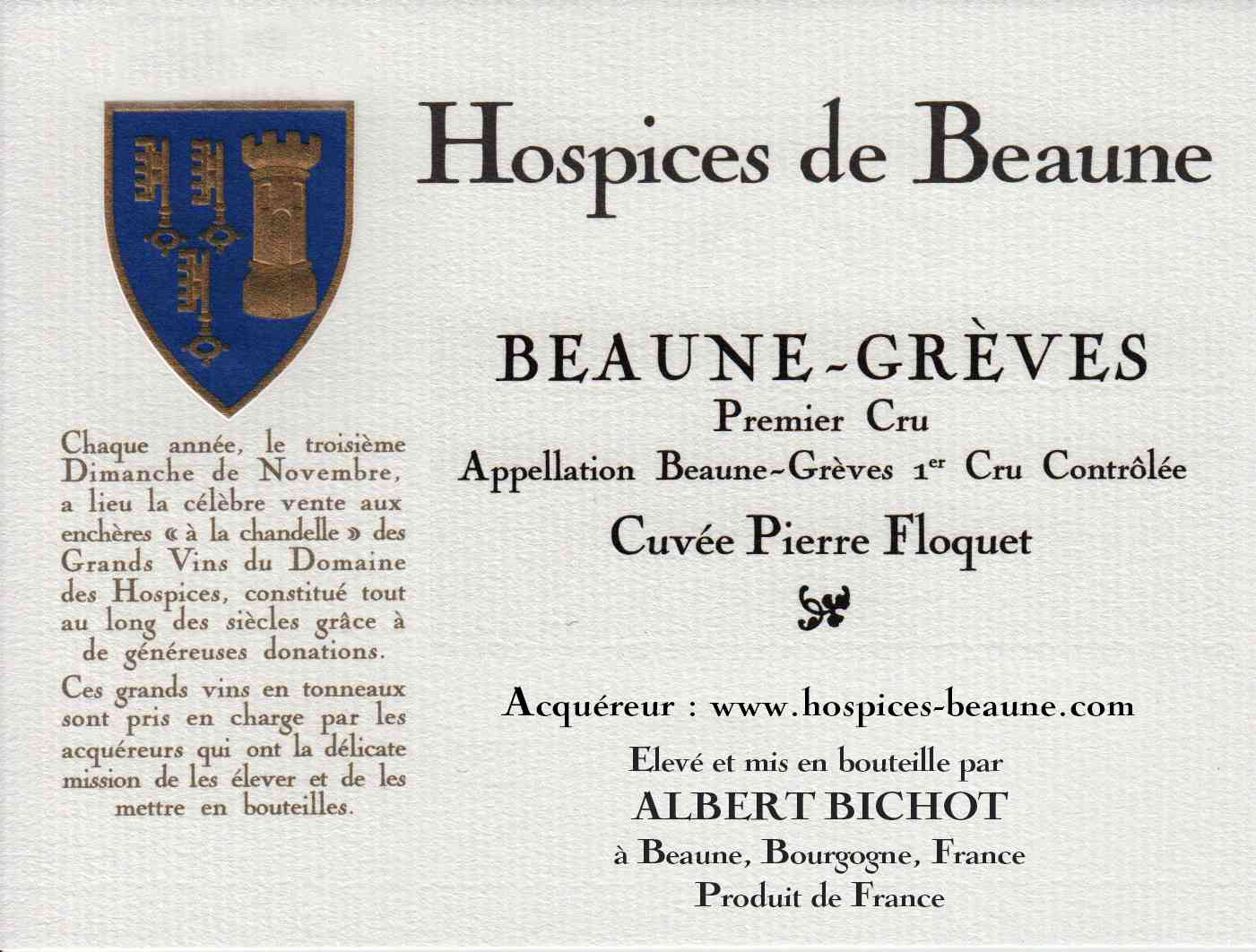 Intense purple colour. Fresh raspberry bouquet of great intensity. Mouth is pure and linear, expression of this superior terroir. Plenitude in the mouthfeel year after year.

This Cuvee results from a legacy of Premiers Crus Beaune-Grèves by Pierre Floquet in 1997.
Until 2003 the vines were leased out, but now the Hospices de Beaune cultivates 3∕4 ha., which allowed a new Cuvée to see the light of day for the frst time in 2004. The age of the vines is not exactly known, but they are estimated to be about 35 years old. The vines lie partly alongside, and partly just uphill from the very heart of the famous Premier Cru Les Grèves.