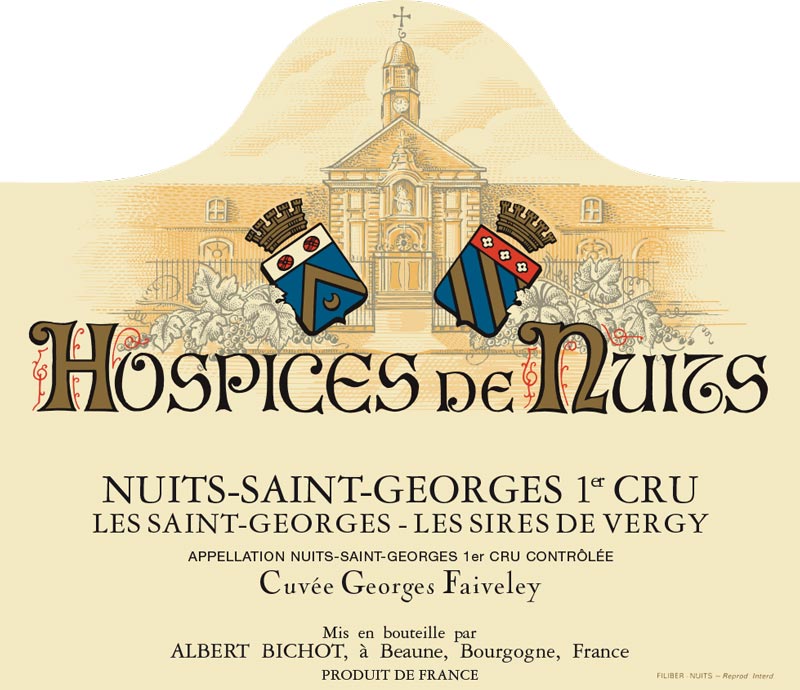 Deep colour indicates its intense aromatic complexity which is dominated by pure fruity aromas which evolve towards roasted notes and spice combined with gamey notes, musk and pelt.
The rich and complex structure is powerful yet elegant. This wine will entice you with a remarkable harmony in its youth although it also offers good potential for bottle age.

Origins of the name: considered to be one of the oldest climats, this lieu-dit was already planted as far back as the year 1000. In 1023 it was gifted by Humbert, the Archdeacon of Auton, to the chapter of Saint-Denis in Vergy, the barony to which Nuits belonged. It was later owned by a Saint-Georges brotherhood founded by the Barbier de Peulle family in 1470. At the end of the last century, Nuits was permitted to attach its name to that of the famous ‘Saint-Georges’ cru.
The soils: deep brown, rocky limestone soils with a reddy brown colour and fine fraction clay on saliferous matter. A variety of Bathonian limestone pebbles (Premeaux, white oolites and Comblanchien).