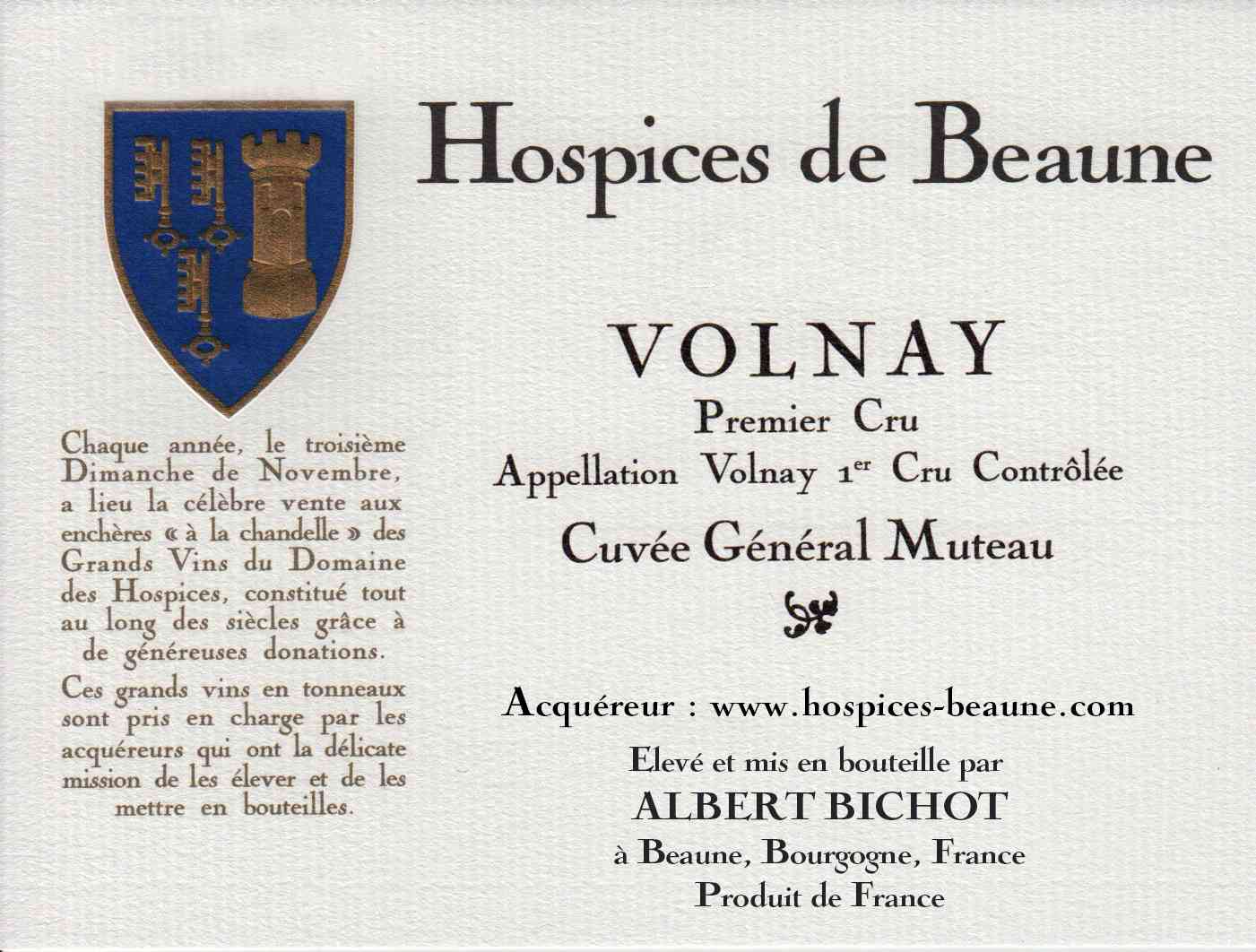 Bright purple in colour. Nose with lively raspberry fruit and intensity, a hint of liquorice. A rather firm and dense mouth that does not remove the wine’s nice subtlety.

Paul-Jules Muteau (1856-1927) was a distinguished cavalry officer, who was promoted to Général in 1914 and became staff officer of Général Foch during World War I. He was also a Member of the Légion d’Honneur (Grand Croix). He bequeathed an important estate to the Hôtel-Dieu in 1926, including the Domaine of Laborde-au-Château alongside many donations to the Musée des Arts Décoratifs in Paris. This Cuvée is made up from 5 superbly-placed Volnay Premier Cru.